Today is Earth day. I sat at my computer and opened up TextSoap for some text clean up and basic Regex work. The icon below is what appeared in my dock.

It is such a little thing. But the developer continues to take a little extra time to add these surprises in here, and there is the delight we miss from a lot of Apple software now.

I use TextSoap for a lot of cleanup actions. I was running it two weeks ago after upgrading to Big Sur and I saw this in my dock and was convinced it was a bug.

I looked in my logs and captured the steps I was doing to reproduce it. I figured the next day I would contact the developer. Then the next day it was gone and I did not think much about it. Today I went back and look at the screenshot I captured to see if there was any other information I could pass on.

Below is a list of current and regularly used applications on my computer for video/teleconferencing that I on a regular basis.

I like healthy competition among developers to make better products but the lack of differentiation among these is so small.

While I believe Twitter has many problems going on within the company, I view this as a great move.

“We’ve made the decision to stop all political advertising on Twitter globally. We believe political message reach should be earned, not bought,” Dorsey tweeted.

The big news yesterday on the internet was the discontinuation of the Google Reader service as of July 1st.  There are a ton of great posts on this topic.  Many people are upset about loosing the web view but the only thing that I initially felt there would be a temporary loss of was the syncing of the RSS feeds.  A few months ago I wrote a post about services I would pay for.  Reader syncing was one of them.

Why Google did not just leave the sync services and charge users for access seems odd to me.  I am glad to see so many people respond with ideas and plans to replace this neglected service.

Marco Arment has just released his new iOS application called “The Magazine“.  The app is the most visually clean reading application since Instapaper.  Each issue comes with four technology articles.  The application allows for subscribing in newsstand for $1.99 a month.

The other day I was listing to Build and Analyze episode #95 This Unicorn Doesn’t Support NFC. Toward the end of the episode Marco Arment demonstrates how his application, Instapaper, uses voice assist to help others may have some visual impairment. He also went on to showed how a few other applications in the category deployed or attempted to deploy a similar. I was very impressed by the demo but did not think about it to much initially.

Since then Marco has released two updates to the popular Instapaper. The first update was for iOS 6 compatitbilty but it included some other features as well.

I consider Marco to be a craftsman developer. His product is great, he is meticulous about the features he adds and why and he is always moving the product forward. In the last 2 releases (4.2.5 and 4.2.6) Marco has taken time to add features for what I can only imagine is a very small percentage of his user base. Marco has added fonts to aid the accessibility of customers with little or low vision.

The first version 4.2.5 added the Open-Dyslexic font to assist reading for people with Dyslecia. 4.2.6 added FS Me which has been used in the past to assist people with learning disabilities. I actually love this font and it seems to make things very sharp and easier to read for a long time.

So why did he add these new fonts? Did he have a plea from the community of visually impaired to add these? Does 70% of install user base need these? Is he getting pressure from his competitors to be feature competitive?

I speculate that none of these are true. I imagine he decided it was the right thing to do and it would assist some small portion of his user base. He took a craftsman approach to taking something really really good and making it even a little better. Instantly I think of the back of the cabinet approach Steve Jobs father spoke of –

“the back of the cabinet should look as good as the rest of it”. 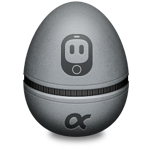 Tapbots released Tweetbot for Mac today in a public ALPHA release.  I expect it to will initially be rough around the edges but I so look forward to using this on my Mac as my official client (provided Twitter does not take issue).  One of the key reason is the Tweet Marker service that allows you to pick up your i-device (hopefully Mac as well) and pickup your timeline where you left off.  This I find a tremendous time saver.

Is it me or does it seem odd that after the announcement of the Microsoft Surface the excitement I read most about is the integrated kickstand and the keyboard?

I am glad to see Microsoft trying to do something different. Competion can force other innovations.  I am also glad the Surface is going to be built by Microsoft instead of left to partners.  But I find it incredibly hard to annouce a product and leave out the what I think are the critical things.  MG Seigler says it best below.

No Price, No Date, No Apps, No Problem. No Wait — Problem.

Dave Caolo at 52Tiger linked to this piece form the NY Times today.  A few things crossed my mind:

“Microsoft spokeswoman, Melissa Stewart, confirmed [at E3] that the Zune brand is going away so Microsoft can use the better-known Xbox brand for its entertainment services, including its online video service.”

It was a bad idea to make the Zune brown (it resembled a turd), but even worse to “chase Apple,” as former Microsoft executive Robbie Bach explained at a Northwest Entrepreneur Network in May:

“We just weren’t brave enough, honestly, and we ended up chasing Apple with a product that actually wasn’t a bad product, but it was still a chasing product, and there wasn’t a reason for somebody to say, oh, I have to go out and get that thing.”